In The Irish Connection, Part 1 we learned that my presumably Scottish family had its origins in Ireland. There’s more to the story, though.

A is “young” John, the Scotophile who discovered he may have Irish roots. B is “old” John, young John’s grandfather, whom we learned in Part 1 was indeed born in Ireland (most likely in County Fermanagh, in the vicinity of Irvinestown), and emigrated to Paisley, Scotland before he was 5. 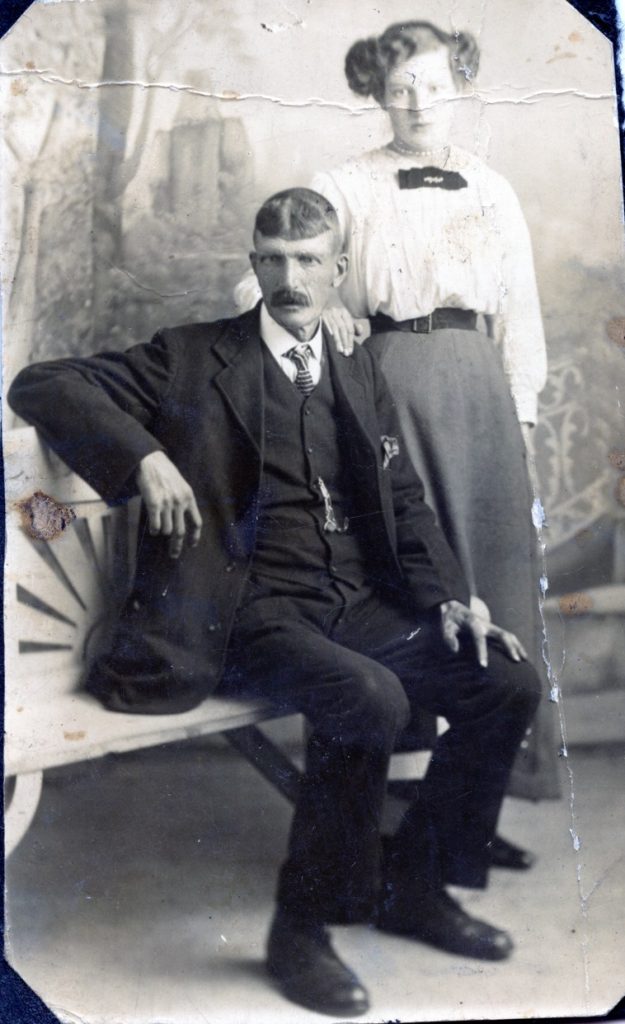 Old John’s father William was also born in Ireland; we confirmed this with his own statements on the Scottish Census records. William, who died in 1908 in Paisley, gives us some more clues via his death registration:

According to this, William’s father was Archibald Elliott, a farmer, and his mother’s name was Mary Johnston. William was 70 years old at the time of his death, putting his year of birth around 1838. This information would have been supplied to the county registrar by A[rchibald] Elliott, William’s youngest son. We can use these names to delve into the Irish Census records.

The state of the Irish Census in the 19th century is, unfortunately, a mess. Many of the census returns were destroyed, for one reason or another, and what we have are only fragments of what used to exist. The National Archives of Ireland give a brief history of the destruction on their website.

We got lucky, though, and found what I believe to be the “right people” (i.e. my direct ancestors) in the Irish Census of 1841.

The only thing to keep this from being a perfect match, though, is wee William: he is identified as Archibald’s grandson, not his son. William’s parents are not identified.

There are 101 possible reasons why William might be living with Archibald and Mary Anne rather than his own parents. His parents might be dead. He might be a neighbor’s orphan. He might be the illegitimate child of one of Archibald’s other children. It’s hard to know, without more documentation, and for the time being this is all we’ve got. Based on these three pieces of evidence–

— I am reasonably sure that this little boy is the same William who died in Paisley in 1908, my great-great-great grandfather, and that he believed that his parents were Archibald and Mary Anne. He might not even have been aware that he was actually Archibald’s grandson.

This takes our family back to 1781, the approximate year of Archibald’s birth. I consider this quite a discovery.

How William found his way to Paisley is unknown; our family’s oral history doesn’t mention it at all. But we can take a stab at it because his migration coincides with an important historical event: the Great Irish Famine.

Since William was only 3 when we find him living with old Archibald, it’s reasonable to assume that he was born on or near Archibald’s place of residence, which was the town of Arva within the Townland of Drumalt, Parish of Killeshandra, Barony of Tullyhunco, in County Cavan, Ireland. William would have been 9 years old when the Famine arrived at his doorstep in Killeshandra Parish in 1847, and while he lived in a relatively prosperous area, it appears that there was hardship nevertheless (see this brief article on Killeshandra and the Famine).  It is logical that young William would have journeyed 40 miles away to nearby Fermanagh to seek his fortune, where there was a seaport, a bustling industry, and many other people who shared the surname Elliott (who may have been related, although I don’t yet know how). There he married Mary Ingram, the butcher’s daughter, and started a family, but times were no doubt tough. People were leaving Ireland in droves in the 1850s, bound for North America and the industrial port cities of Scotland and England.

For reasons we can only guess at William and Mary chose Paisley, Scotland as the new home for their small but growing family, and the rest is history.